Making the best choices about your roof will mean that home performs for you at an optimal level, giving you peace of mind.

Making wise choices is crucial to minimizing both the short- and long-term costs as they related to most home improvements. That’s particularly true for any big and complicated jobs such as roofing. In this instance, some of the more crucial decisions need to get made prior to hiring a roofing Austin TX contractor or picking a shingle manufacturer. 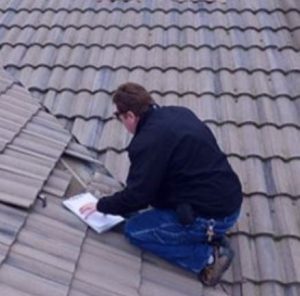 The first choice you might make is just whether or not you’re going to just patch up leaks or damaged areas or if it’s time for partial to total reroofing. If you decide on the latter, you will also need to choose whether or not you’re going to remove the current roof or just roof over it. Either way you do it, there are considerable cost consequences.

Is A New Roof Cheaper Over The Long Haul?

The replacement of shingles from fallen limbs or wind damage can be pretty cheap and simple to do. Damaged or torn shingles can get removed before new ones are put into their place. The disadvantage of this is that unless you have a relatively new roof and you happened to save some spare shingles at the time of installation, then your patch job could wind up not matching the current roof. However, that’s a rather small price to pay should your repair make your life last for another decade or more. On the other hand, if you’re planning on putting your home on the market in the next couple of years, then you should ask your contractor to get shingles that match as much as they can. Any roof with an unattractive yet prominent patch isn’t going to inspire a lot of confidence in potential buyers.

Should the damage be more substantial but only confined to either side of the roof, then partial reroofing might be an option which is thousands of dollars cheaper than redoing the whole roof. Repairing any section of roofing is also going to make it easier to blend the old with the new since the slight differences in color are going to be far less noticeable.

It’s usually counter-intuitive, but partial reroofing jobs tend to be more expensive per square basis, which each square being a 10′ x 10′ area. They also create additional problems. For instance, when an asphalt roof already has more than one layer, then every layer has to get removed so that partial re-roofing can happen. So, on top of added labor and disposal expenses, you might face the potential for lopsided effects at the ridges, as the old roof might end up being a few inches higher as compared to the new one. Even if things are built up with enough shingles and then covered up using a ridge cap, it’s possible that the hump might still be noticeable.

Even when only some of the roof shows signs of wear, it’s smart to think about doing the whole job when the roofing Austin TX crew happens to be on-site with equipment, ladders, and scaffolding. This is probably going to be cheaper than doing just one part now with the rest a few years later.

Roof Over Or Tear Off?

Once you choose to reroof, you would then have to choose whether or not to tear your old roof off or just install a new roof over the current one. Again, your choice will boil down to saving some money now while risking higher expenses later on or just spending more now to minimize future costs and get the job done right.

If you currently have two layers of shingles, then the choice is going to be made for you. R907.3 of the International Residential Code states that you can’t apply a new roof on top of two or more layers of any kind of roofing application. Part of this has to do with the weight and its impact on a home’s structure. One shingle in your hand won’t feel heavy, but 1,500 square feet of them across a roof adds the weight of a 2-ton SUV. If you only currently have a single layer of asphalt shingles, then you might choose to get them removed even when you don’t have to. Doing so can save you quite a bit of money later on. For instance, should live in any area which is subjected regularly to high winds, then you need to be mindful of the fact that shingles hold on better when they get fastened directly to the deck of the roof. Additionally, the removal of old shingles let you inspect the sheathing and deck.

The chance to evaluate conditions of the roof deck proves invaluable since you can look for things like wood rot and any presence of insufficient sheathing fasteners. When the necessary repairs are made and fasteners are added to sheathing, such as screws or annular nails, you can avoid the substantial losses involved when any sheathing winds up blowing off the roof which can let rain in to wreak havoc inside your home. Starting a roofing job off with a clean roof deck that has old roofing felt and shingles removed can also mean the possibility of adding an ice-and-water-shield membrane up and down the eaves. This can only get applied to clean decking, but it helps prevent any damage because of ice dams.

A new roofing Austin TX can cost a lot of money, but it can also last you for many decades. Do things right, and you’ll have a lot less to stress over if storms roll in. In the long run, you end up with a lot more money staying in your bank account.